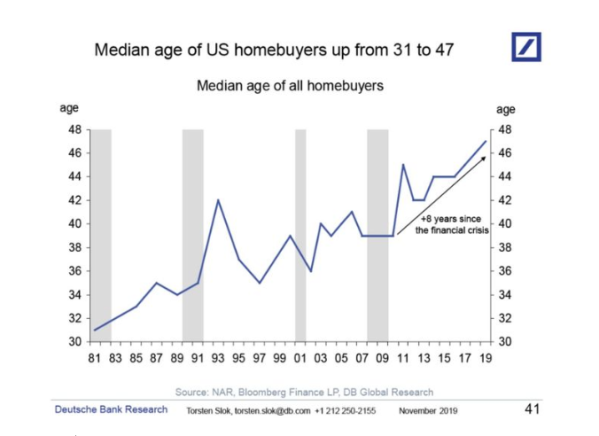 Stocks are higher this morning on trade optimism. Bonds and MBS are flat.

Mortgage Applications fell 9.2% last week, which contains an adjustment for the Thanksgiving holiday. Purchases increase 1% while refis dropped 16%. Despite the 30-year fixed rate remaining unchanged at 3.97 percent, mortgage applications fell last week, driven down by a 16 percent drop in refinances. Purchase applications were up slightly but declined 24 percent from a year ago. This week’s year-over-year comparisons were distorted by Thanksgiving being a week later this year.”

The economy added 67,000 jobs in November, according to the ADP Employment report. The markets are looking for 180,000 new jobs in Friday’s employment situation report, so there is a big disconnect. “In November, the labor market showed signs of slowing,” said Ahu Yildirmaz, vice president and co-head of the ADP Research Institute. “The goods producers still struggled; whereas, the service providers remained in positive territory driven by healthcare and professional services. Job creation slowed across all company sizes; however, the pattern remained largely the same, as small companies continued to
face more pressure than their larger competitors.”

Realtor.com forecasts the 2020 market. Punchline: more of the same, where there is strong demand for housing and supply remains low primarily because builders are reluctant and boomers are content to age in place. “After the housing crash in 2008, which wiped out quite a few builders, those who remained have largely focused on higher-end developments with bigger profit margins. Although they’re finally showing signs of a shift toward building more entry-level homes, faced with overwhelming demand, it will take a few years for a significant number to come to market.”

Stocks are higher this morning after yesterday’s rally continued overnight. Bonds and MBS are flat.

Fed Chairman Jerome Powell said yesterday that the central bank was monitoring the trade tensions between China and the US and would “act appropriately” to maintain the economic expansion. Investors took this to mean that the Fed would probably cut rates this year. The stock market had its best day in 5 months, and bonds sold off a touch, although lower rates should be supported by low overseas yields and the prospect of a rate cut.

Donald Trump announced that he would institute tariffs on Mexican goods if the country didn’t do more to curb illegal immigration into the US. This new front in the trade war was the catalyst to push the 10 year below 2.1%. Yesterday, Republican senators warned that there was not support for tariffs in the Senate.

Mortgage Applications increased 1.5% last week as purchases fell 2% and refis increased 6%. “Mortgage rates dropped to their lowest level since the first week of 2018, driven by increasing concerns regarding the ongoing trade tensions with China and Mexico,” said Mike Fratantoni, MBA Senior Vice President and Chief Economist. “Some borrowers, particularly those with larger loans, jumped on the opportunity to refinance, bringing the index and average refinance loan size to their highest levels since early April. Additionally, refinances for FHA and VA loans jumped by 11 percent.”

Payrolls only increased by 27k last month according to the ADP Employment Report. Small firms reduced payrolls by 52,000 last month, and it looks like the majority of that was in construction. Manufacturing fell by 3,000 which might be tariff related. The service sector increased employment by 71,000 and large employers increased by 68,000. Street expectations are for a 185,000 increase in payrolls for Friday’s jobs report. Now that the Fed is out of the way, the wage growth number is no longer the focus.