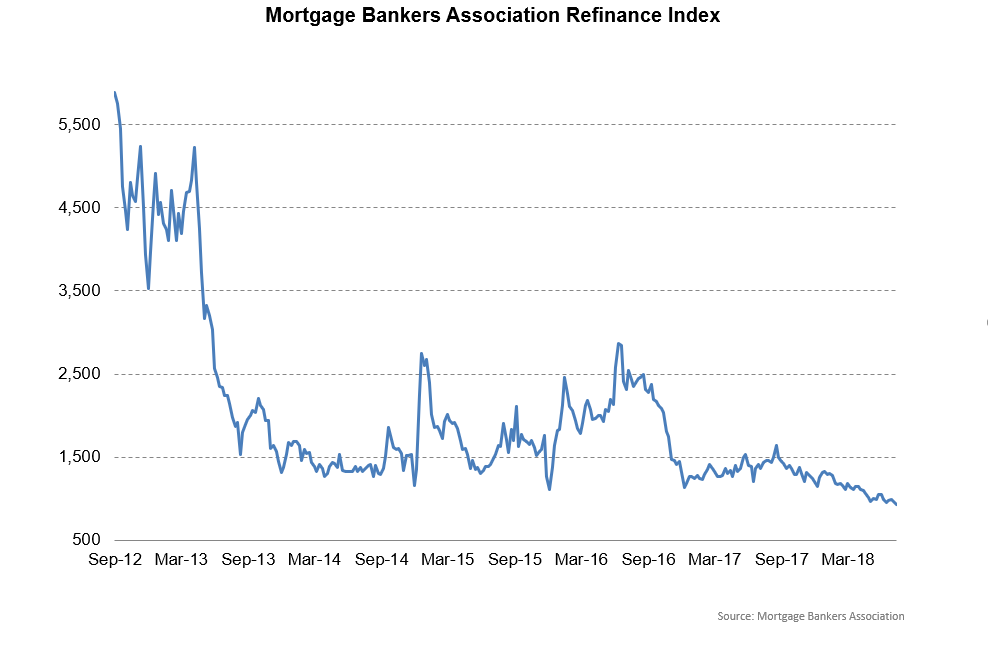 Mortgage applications fell 3% last week as purchases fell 2% and refis fell 5%. Activity overall has fallen to a 19 month low. The refi index has is at an 18 year low.

Mortgage credit availability increased in July, although it tightened for government loans. The MBA’s MCAI increased 1.7%, which is a post-crisis high, but nowhere near what it was during the bubble years.  “Credit availability continued to expand, driven by an increase in conventional credit supply. More than half of the programs added were for jumbo loans, pushing the jumbo index to its fourth straight increase, and to its highest level since we started collecting these data. There was also continued growth in the conforming non-jumbo space, which reached its highest level since October 2013,” said Joel Kan, MBA’s Associate Vice President of Economic and Industry Forecasting. Note that some observers think the MCAI understates how loose credit is, when you look at things like LTV and credit scores.

Elon Musk proposed the largest LolBO ever on Twitter yesterday, saying he was thinking of taking Tesla private at $420 a share. He claims he has funding secured, which is quite the statement. Even in this market, raising $71 billion isn’t the easiest thing in the world, especially for a negative cashflow company trading with an EV / EBITDA in the 150s.  Perhaps the price should have tipped people off that this was a joke, but apparently it isn’t.

The NAHB conducted a survey of potential homebuyers, and only 14% are planning to buy a home in the next year. That number was 24% in the fourth quarter of 2017. Of those planning to buy a home, 61% are first time buyers, of which 71% are Millennials. Most are noting that the number of homes for sale with the desired features and price point are smaller than they were 3 months ago.