Stocks are higher this morning on no real news. Bonds and MBS are up small.

In terms of economic data, we will get CPI and PPI on Wed and Thursday and retail sales on Friday. There will be little in terms of Fed-speak. The Fed Funds futures continue to up the probability of a Dec hike (Sep is in the bag), which is now sitting at 79%.

We are coming up on the 10 year anniversary of Lehman’s collapse. Expect a lot of handwringing articles about whether we are set up for another collapse (we aren’t). Residential real estate bubbles are rare events (the previous one was in the 1920s) and the psychological basis for bubbles to inflate requires decades and decades of bull markets to build up that sort of complacency. Not saying that we can’t see pockets of decline, but a broad-based drop of 20% or more? Highly unlikely.

Boston Fed President Eric Rosengren would like to see two more rate hikes in 2018 as the economy strengthens. He sees the economy expanding at a 3% pace for the rest of the year, and believes the Fed needs to keep going: “Going beyond just the next two hikes, I see no reason why we wouldn’t want to be at a more normalized rate, given the economic conditions we currently have, unless something changes dramatically that we’re not anticipating.” He also advocated that the Fed impose the counter-cyclical buffer, which requires banks to set aside additional capital in good times to draw upon when credit tightens.

Hurricane Florence is looking more and more likely to hit the East Coast, with North and South Carolina as the center of the projected path. It is expected to reach the coast late Thursday night / early Friday morning. Lots of areas are already waterlogged so flooding will be an issue even inland.

Canada sees reasons for optimism in NAFTA discussions and thinks we could see a deal. Any major changes will require legislation, but a tweak here and there will allow Trump to declare victory and move on. 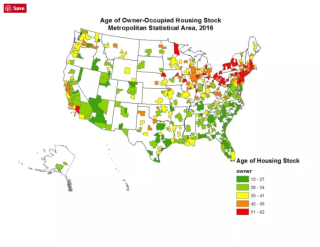