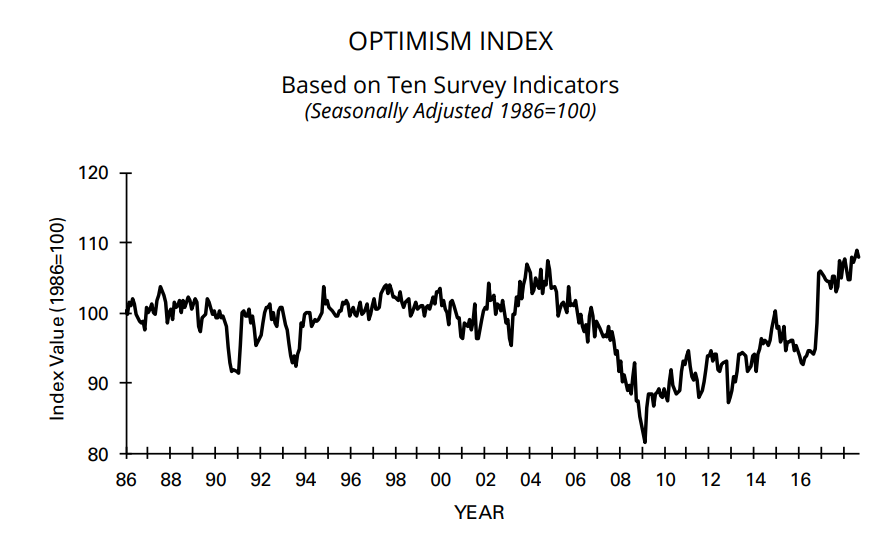 Stocks are down this morning as the global sell-off continues. Bonds and MBS are down after taking yesterday off.

Small business optimism hit its third highest reading in September. This survey goes back 45 years, so that is an impressive data point. “This is the longest streak of small business optimism in history, evidence that tax cuts and regulatory rollbacks are paying off for the economy as a whole,” said NFIB President and CEO Juanita D. Duggan. “Our members say that business is booming and prospects continue to look bright.” We are also seeing plans translate into actual spending, especially in capital expenditures. For a long time, businesses were saying they planned to increase investment in their businesses, but they weren’t actually doing it at the moment. That has changed. 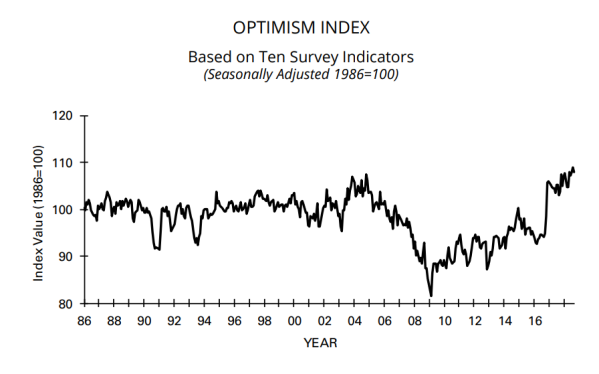 While the sell-off in US stocks is gaining some attention, Asian markets are at 17 month lows, driven by emerging markets and trade fears. The IMF just downgraded global growth for the first time in two years, based on the same issues. Chinese market weakness is encouraging more selling. This weakness is putting additional pressure on the Chinese currency, which only adds to the trade tensions between the US and China.

The higher interest rate bet (short Treasuries) is the biggest trade on the Street right now, and many hedge funds rang the register last week when rates spiked. The net speculative short position fell to 740k from 756k the week before. Implied volatility in bond options also increased, which means the market is expecting further big moves. Volatility tends to beget volatility, so we could have a bumpy road ahead. Be careful floating.

Fun fact: There have only been 4 years where bonds had a negative yearly return in the past 50 years: 1994, 1999, 2009 and 2013. This year is looking like it could be another. That said, the bond bear market was already well underway in the late 60s, having begun about 10 years earlier, when the ultra – low interest rate environment from the Great Depression and WWII ended. In other words, the most relevant comparison to the current economic climate is the the 1950s and 1960, which this data range ignored.

The Conference Board’s Employment Trends Index declined in September. “The US economy is very strong now. Demand for workers is likely to continue growing rapidly in the coming quarters, but with the unemployment rate now at 3.7 percent, recruiters have their work cut out for them. They will have to bring more people off the sidelines faster. In the meantime, businesses will have to squeeze more out of their current workers, either by increasing working hours or raising labor productivity. Labor market tightness varies across occupations and geographies. However, for the nation we expect the unemployment rate to go down to 3.5 percent or even lower in 2019. We also expect labor force participation and productivity to gradually increase, and wages to further accelerate” said Gad Levanon, Chief Economist, North America, at The Conference Board.

Hurricane Michael is threatening the Florida Panhandle and Georgia, and will probably dump a lot of rain on the Eastern Seaboard this week. 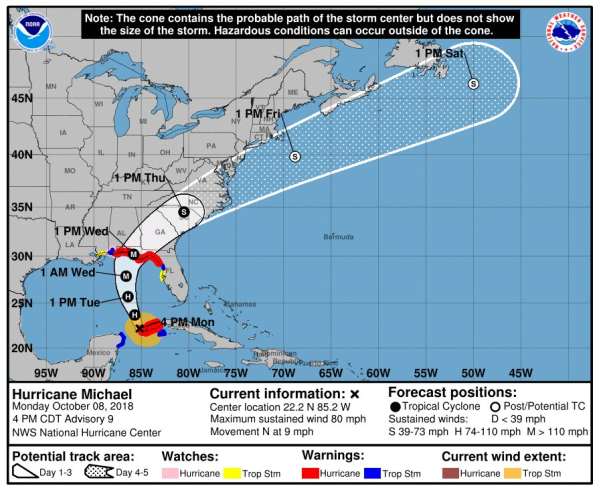