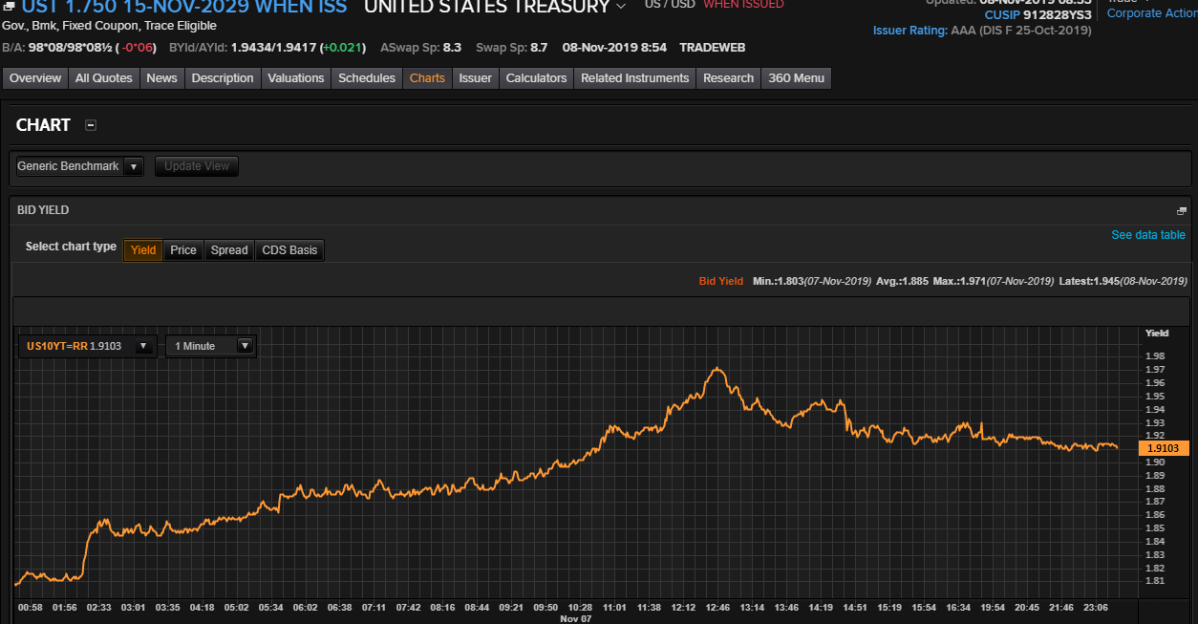 There was no catalyst I can see for why bond yields rose so dramatically yesterday. There wasn’t any economic data (initial jobless claims aren’t market movers) and there was no Fed testimony or anything. The 10 year bond yield rose from 1.81% to 1.97% intraday in what was a complete wash-out for the bond market. If anything, it felt like a major asset allocation trade was happening, where investors sell bonds and buy stocks. Many funds will use a strategy comparing the earnings yield or dividend yield on the S&P 500 versus the yield on government bonds. That said, this was a global phenomenon, as the German Bund and UK bond yields have also been heading lower. It is almost as if we went from fretting about a recession to fretting about inflation. Maybe the China deal caused it, and maybe it was exacerbated by convexity selling, but there really isn’t a good explanation out there of what was going on. You can see the dramatic move intraday yesterday. Note that the move started late in Asian trading before the European markets opened and carried on throughout the day.

JP Morgan just did a credit risk transfer deal on portfolio of jumbo mortgages. In these sorts of deals, investors get a above market interest rate in exchange for bearing first losses on the portfolio. It works essentially like an insurance policy. This means two things: first, banks may be the first step in taking some of the burden off Fannie and Fred, and second we may see better jumbo pricing as a result.

Zillow says that its house-flipping business will generate as much as $1.25 billion in revenues. The company reported a loss last night that beat expectations, and the stock was sent up 9% after hours.