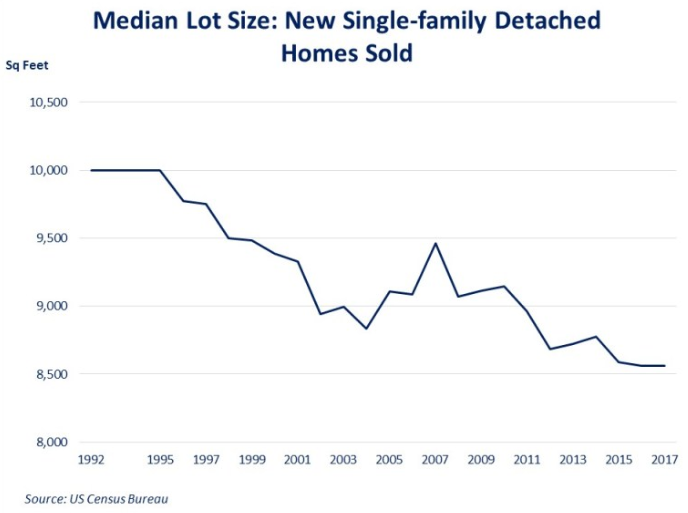 Stocks are lower this morning on no real news. Bonds and MBS are down small.

The highlight of the upcoming week will be the jobs report on Friday, although we will get a lot of Fed-speak on Wednesday. Productivity and costs on Thursday will be an important report as well.

Construction spending rose 0.1% which was lower than the Street 0.4% expectation. Residential construction rose 0.6% MOM and 6.6% YOY.

Manufacturing expanded in August, according to the ISM PMI Index. The August PMI increased 3.1% to 61.3, driven by increases in production and new orders. Employment rose as well. Many of the participants noted that trade is injecting some uncertainty into their business, especially with respect to price negotiations with suppliers. The reading of 61.3 is unusually strong, and is typically associated with 5.6% GDP growth.

The OCC is asking for input regarding the CRA and modernization. “As a long-time banker, I have seen firsthand the benefit of CRA investment and how it makes communities vibrant. I applaud the effort of community development practitioners and bankers who work together to make an important difference in our nation’s neighborhoods,” said Comptroller of the Currency Joseph M. Otting. “I have also seen how limitations in the current CRA regulation can fail to provide consideration to a bank that wants to lend and invest in a community with a need for capital, including many low- and moderate-income areas. Unfortunately, the operation of the current CRA regulation can result in restricted resources. It is time for a national discussion on how we can make the CRA work better.”

Donald Trump was jawboning Canada over trade and threatening China with $200 million in higher tariffs. I think markets are pretty much shrugging off trade threats any more. Note that Trump will need legislation to carry out some of the changes he wants to make with Canada, which isn’t going to happen.

Home prices increased 0.3% MOM and 6.2% YOY in July, according to CoreLogic. They are forecast to rise about 5% over the upcoming year. We are seeing sellers in the hot markets decide to pull properties off the market to see if they can ride the home price appreciation for a bit longer. This is adding to the supply crunch. CoreLogic’s model always seems to predict a slowdown in home price appreciation that never seems to materialize. 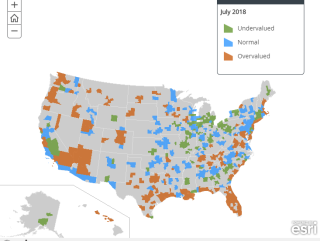 An interesting tidbit – the median lot size fell to 8.560 square feet in 2017 (about 1/5 of an acre). Lot sizes had been trending downward, but climbed during the bubble years as more and more building was done in the exurbs. New England has the largest lot sizes at about 0.4 acres, while the left coast has the smallest (.15 acres). Note this study is only looking at single family spec homes. It looks like this is basically a secular trend, and the the bubble years (building in the exurbs) was largely a blip. It also could be a function of building activity being dominated in regions (like the West Coast), where lots are smaller.

The ultra-high end luxury market has been getting whacked as foreign investors step away. Changes in tax laws might be having an impact, but it could have also been driven by overbuilding at the top end. I suspect it is the latter, since we are seeing softness in states like Florida which benefit from the tax law.