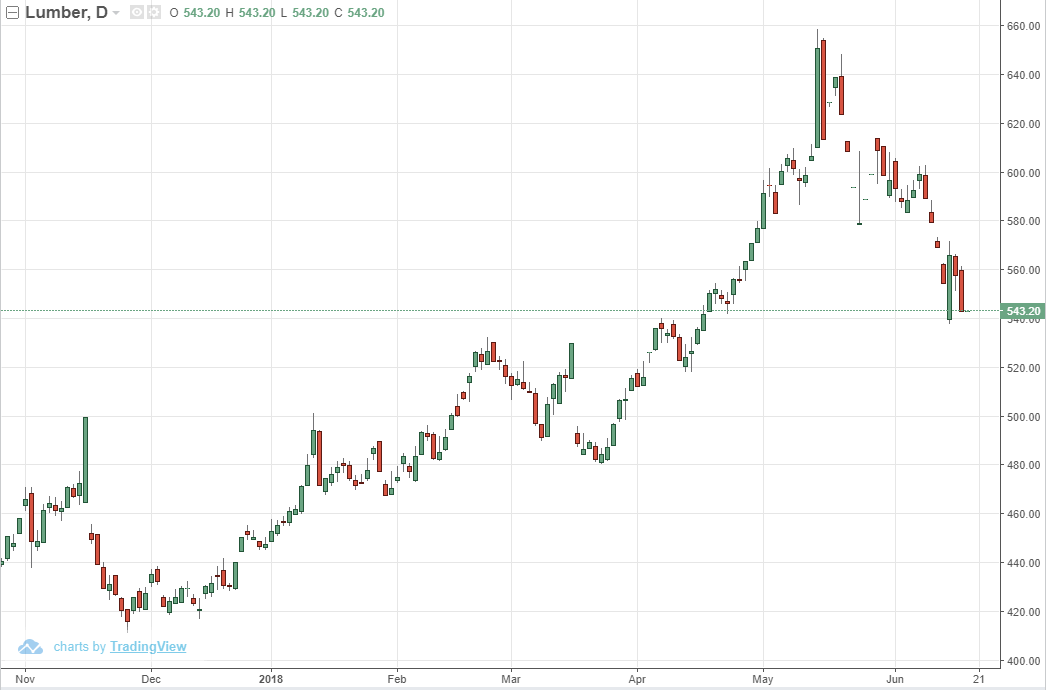 Stocks are lower this morning on increasing trade tensions with China. Bonds and MBS are up.

Trump threatened $200 billion in sanctions on Chinese goods, which sent global markets down and bonds up. This is in addition to the $50 billion in tariffs he threatened on Friday. Stock market investors are swapping out of S&Ps and Nasdaqs into smaller cap stocks, as they are more insulated from international trade tensions.

Housing starts improved to 1.35 million in May, which is up 5% MOM and 20% YOY. Building permits came in at 1.3 million, down 5% MOM, but up 8% YOY. Most of the activity was in the Midwest, where they increased by 100k. The Northeast was down, while everywhere else was flattish. Tariffs on Canadian lumber certainly aren’t helping. Lumber prices peaked in May and are starting to decline, but they have had quite the run. The NAHB report yesterday discussed lumber prices are hurting builder confidence. 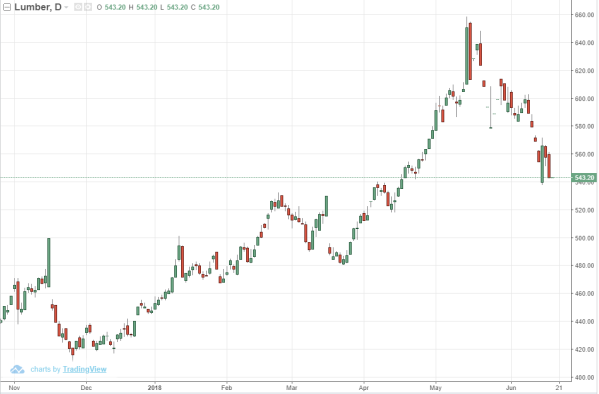 Trump formally nominated Kathleen Kraninger to replace Mick Mulvaney as the head of the CFPB. This promised to be a contentious confirmation fight, and the usual suspects are already complaining. That may actually work out in the Administration’s favor however. The tougher the confirmation fight, the longer Mick Mulvaney can remain in place and fix some of the excesses of the Bureau. Under the Vacancies Act, Mulvaney’s term as Acting Director expires on June 22. He can remain in place while her nomination is pending. If she is defeated, he would get another 210 days. If that nominee is defeated, he gets another 210. So basically, this gambit would keep Mick Mulvaney in place until 2020.

Where are Millennials moving? Where the jobs are.