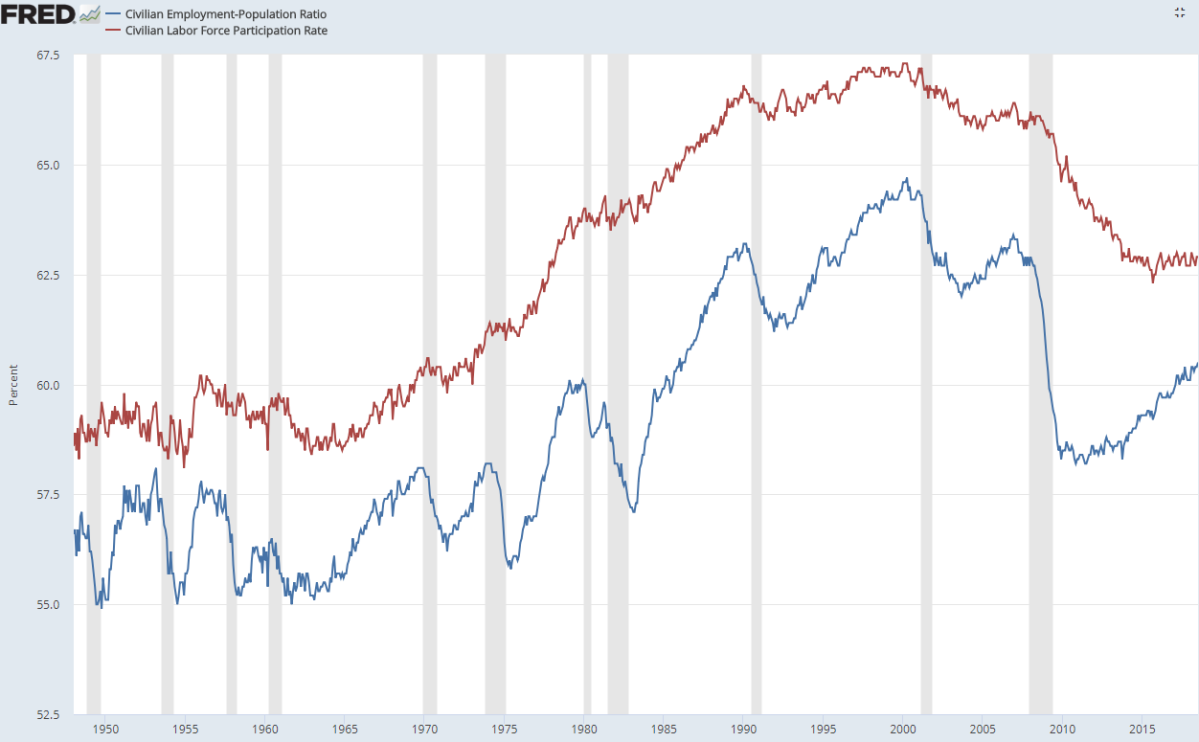 Stocks are higher this morning on fears of an escalation in the trade war. Bonds and MBS are up small as markets continue to digest moves from the Bank of England and the Fed.

The jobs report was decent – payrolls disappointed but the revisions in May and June more than made up for it. Jobs report data dump:

The employment population ratio ticked up to 60.4%. While this number has been steadily rising, the labor force participation ratio remains stuck just below the 70% level.

The Atlanta’s Fed’s GDP tracker is now looking for 5% growth in Q3. This model tends to give volatile results early in the quarter, but that is a pretty amazing number. Seems like every business in the US is firing on all cylinders except for mortgage banking.

The Trump Administration is looking into the idea of indexing capital gains to inflation. This idea has been around for decades, and it is based on the idea that asset prices will rise over time, some of which is due to simple inflation. If prices overall rise 5%, and your house value increases 5% as well, are you really better off? You probably aren’t, and yet you are paying taxes as if you are. It gets brutal in places like California, where if you move, the equity you built just gets rolled into buying an even more expensive home than the one you left. The tax bill makes that a difficult trade. The Admin is looking to see if they can make the change directly in the tax code, bypassing Congress. So far, it seems like the idea has little traction in Congress. Democrats will be uniformly opposed and Republicans don’t seem all that anxious to get whacked in the press for something that nobody seems to be asking for in the first place.

Speaking of politics, we are in opposite world, where the Koch brothers are cozying up with Democrats and Richard Trumka of the AFL-CIO is supporting Trump’s trade war. What does this mean? It means some investors are moving to cash ahead of midterm elections.