Stocks are higher this morning after yesterday’s end of month window dressing. Bonds and MBS are down again.

The ADP report showed the US economy added 227,000 jobs in October, which is well ahead of the Street estimate for Friday’s BLS report. There was a big (typically seasonal) increase in transportation and retail, although professional / business services was strong as well. Mark Zandi, chief economist of Moody’s Analytics, said, “The job market bounced back strongly last month despite being hit by back-to-back hurricanes. Testimonial to the robust employment picture is the broad-based gains in jobs across industries. The only blemish is the struggles small businesses are having filling open job positions.” Large and medium sized employers (50 employees +) accounted for the lion’s share of new jobs.

Mortgage Applications decreased 2.5% last week as purchases fell 2% and refis fell 4%. Rates held steady. “The 30-year fixed-rate mortgage held steady over the week, but total applications decreased overall. Purchase applications inched backward from the previous week, as well as compared to one year ago – the first year-over-year decline in purchase activity since August,” said Joel Kan, AVP of economic and industry forecasts. “Purchase applications may have been adversely impacted by the recent uptick in rates and the significant stock market volatility we have seen the past couple of weeks. Additionally, the ARM share of applications increased to its highest level since 2017, but since this is a compositional measure, it was driven by a greater decrease in applications for fixed-term loans relative to the decrease in ARM applications.”

The Challenger and Gray job cut report rose last month, but it is a third-tier employment data point. It focuses on job cut announcements, which may or may not happen. 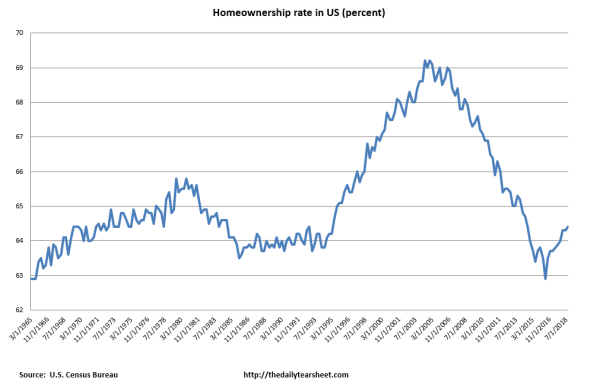