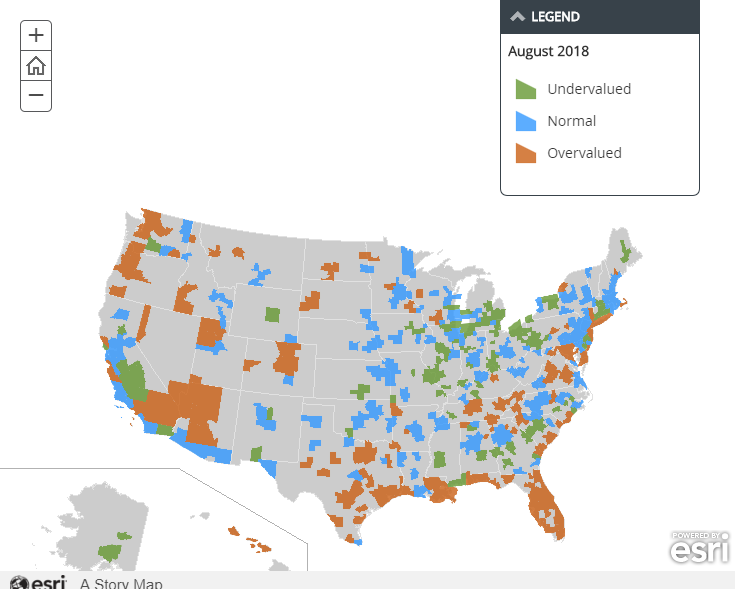 Markets are lower this morning ahead of what will be a 4 day weekend for most. Bonds and MBS are flat.

Hopes for a deal to avoid a government shutdown were dealt a blow yesterday when President Trump said he would veto any budget that does not include funding for the wall. The Wall is a political non-starter for Democrats, which means we have a problem in the Senate. That said, unless Santa needs FAA approval for his Christmas Eve run, I suspect not too many people are going to notice if the government shuts down over the weekend.

Separately, Trump abruptly announced a withdrawal from Syria, and General Mattis has retired in protest.

The VA adopted new policies regarding refinancing and the required net tangible benefit to veterans. The biggest change will concern seasoning of loans before refinancing. A loan is considered seasoned after 6 monthly payments have been made, or 210 days since the first payment. Under previous guidance, loans which did not meet these requirements were ineligible for traditional Ginnie Mae pooling. Now they are uninsurable.

We have some economic data out this morning. The third revision to Q3 GDP was unchanged at 3.5%, while consumption was taken down very slightly from 3.6% to 3.5%. Durable Goods orders rose 0.8%, while the Index of Leading Economic indicators came in stronger than expected. October’s LEI were revised downward however. Economic growth definitely is slowing from its midyear pace, and Q4 forecasts are around 3%.

Home Affordability hit a 10 year low, as rising rates and home prices are not being offset quickly enough by rising wages. “Home affordability is getting worse nationwide,” says Daren Blomquist, senior vice president at ATTOM. But buyers shouldn’t lose hope. “We’re going to hit an affordability tipping point in 2019, where it becomes more affordable to buy. Buyers will have more inventory to choose from and they will be running against fewer multiple-offer situations.” Of course all real estate is local, and not all areas are overvalued or undervalued. You can see that big parts of FL, TX and the Pacific Northwest are overvalued, while the Midwest remains affordable. The chart is courtesy of CoreLogic. 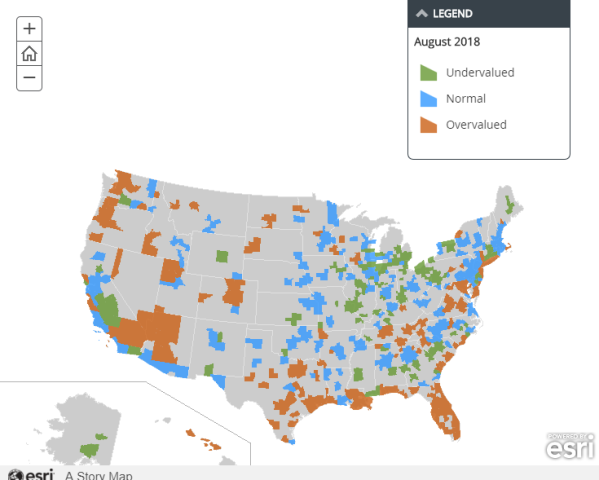