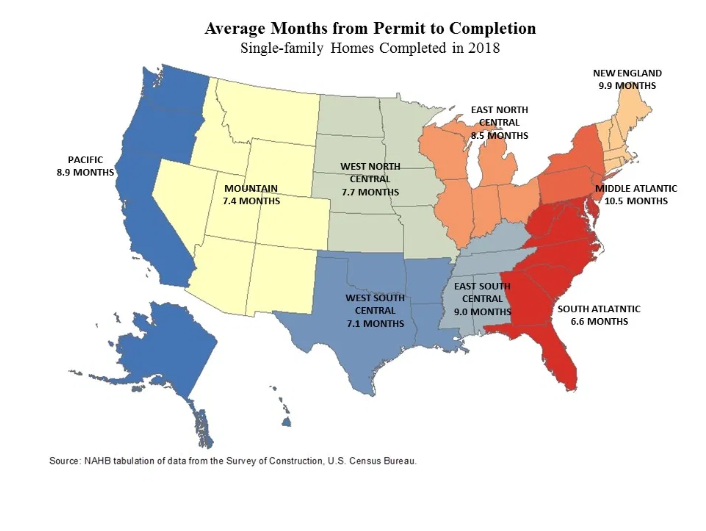 Stocks are slightly lower on trade concerns and weak European data. Bonds and MBS are flat.

The upcoming week should be relatively quiet, with only inflation data and a slew of Fed-speak. Since increasing inflation is no longer front and center of the Fed’s concerns, the CPI and PPI should be non-events. We will also get the minutes from the September FOMC meeting on Wednesday.

Interesting stat on how long it takes to build a home in different geographic areas. The Mid-Atlantic region (which contains red-tape heavyweights like NY and NJ) is the longest at 10.5 months. The West Coast is right up there as well, at 9.9 months. The Southeast has the shortest timeline at 6.6 months. 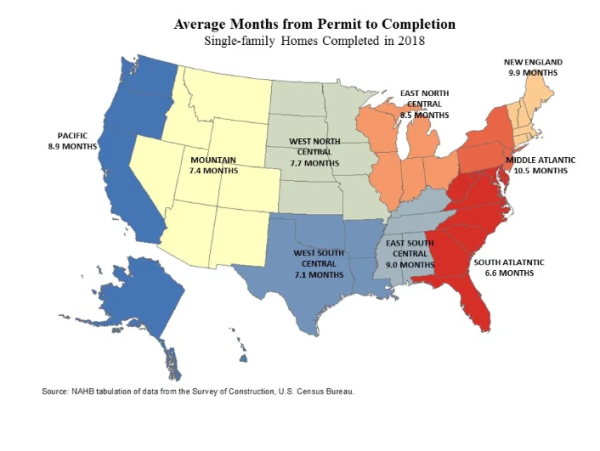 IPOs have been a treacherous investment over the past few years, as the venture capitalists and early entry investors have been reaping the rewards, at least for some of the biggest names (Uber, Lyft, Slack). We Work recently pulled its IPO as investors balked at the corporate governance issues and cash burn. While not all IPOs have been disasters, historically they have popped about 20% on the first day of trading. Not any more.

The National Retail Federation sees holiday sales at 3.8% – 4.2%, citing trade concerns over holiday spending. This is the low side of the holiday forecasts, which are coming in closer to 5%. The last 5 years have been around 3.7%, so the forecast is for something between “above average” and “great.” Since consumption is about 70% of the economy, we could be looking at better GDP numbers heading into the end of the year, which would put pressure on the Fed to slow down their pace of rate cuts.