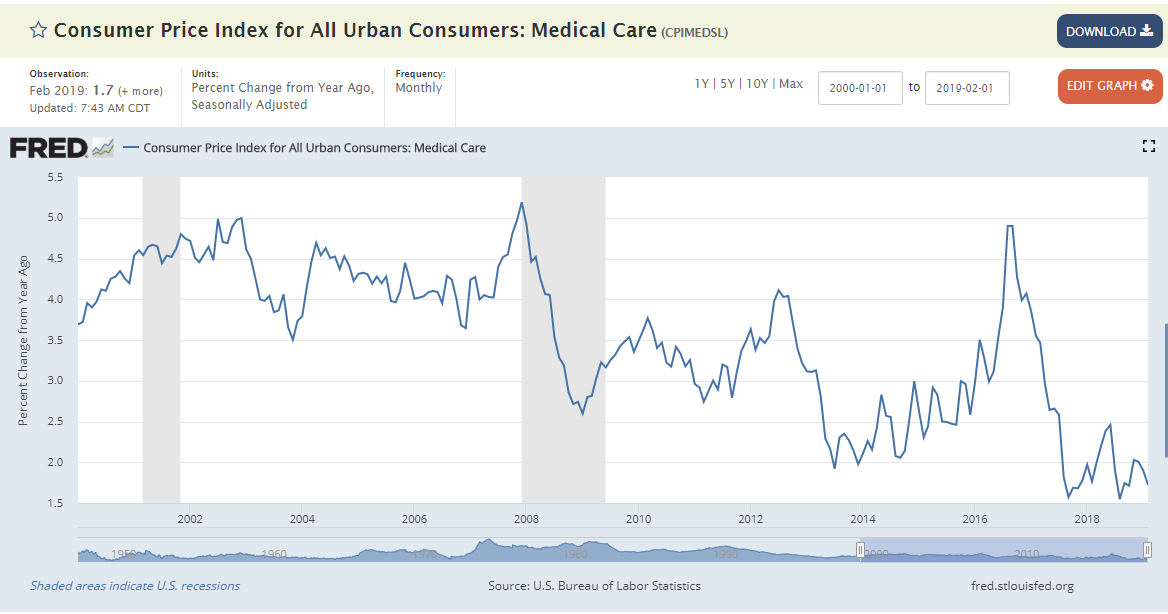 Stocks are higher with a general “risk-on” feel to the tape. Bonds and MBS are down.

Lael Brainard speaks this morning and then the Fed enters its quiet period ahead of next week’s FOMC meeting.

Consumer inflation rose 0.4% MOM in February. Ex-food and energy, the index rose 0.4% and is up 2.1% YOY. Inflation remains under control, which should give the Fed the leeway to hold the line on rates next week. Falling energy prices at the end of 2018 helped keep the index under control, and we are seeing evidence that medical costs are finally stabilizing. Medical goods fell 1% MOM and services were flat. Stabilizing medical costs should translate into stable health insurance costs, which leaves more room for wage increases. 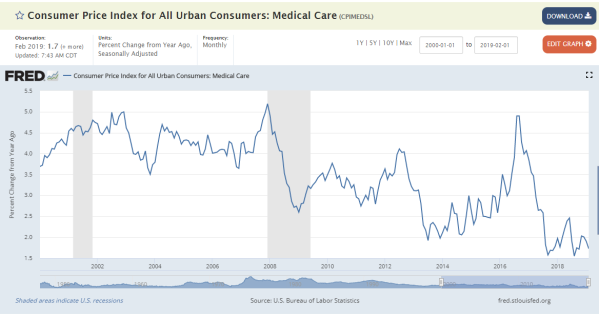 Retail Sales in January rose 0.2%, a touch higher than expectations. Those looking for a big rebound after December’s anemic numbers were disappointed. Given the strong consumption numbers in Q4 GDP, the holiday shopping season remains a bit of a mystery. The government shutdown is a possible explanation, and while it certainly hit the shops at Tyson’s Corner, the rest of the nation was unaffected. Note that the Fed’s consumer credit report showed that revolving credit increased only 1.1% in December and 2.9% in January, both well below run rates we have seen in the months leading up to it

Nancy Pelosi doesn’t support impeaching Trump. This is probably a tacit admission that the Mueller report isn’t going to contain anything we don’t already know.