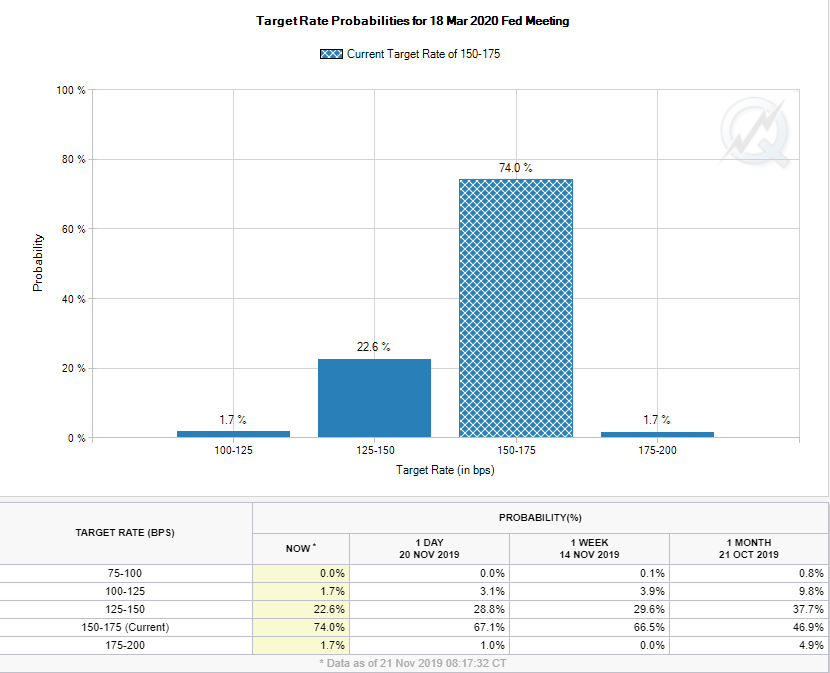 Stocks are flat this morning after China invited the US for trade talks in Beijing despite the resolution backing Hong Kong. Bonds and MBS are down small.

The CFPB is conducting an assessment of the TRID rule. There doesn’t appear to be any specific issues the CFPB is looking to address, but it is part of the Trump Administration’s push to eliminate unnecessary burdens on business.

Independent mortgage banks had their best quarter in 7 years as pretax production profit rose to 74 basis points from 64 in the prior quarter. “A surge in refinance activity and a healthy purchase market led to robust mortgage volume in the third quarter, pushing up production profits to a high not seen since the fourth quarter of 2012 ($2,256 per loan),” said Marina Walsh, MBA Vice President of Industry Analysis. “The increase in profits was primarily driven by declining production expenses and higher loan balances, which mitigated the effects of lower basis-point revenue.” Interestingly, production revenue and secondary marketing income fell. The purchase share of the market fell from 74% to 60%.

Bold prediction: Within the next two years, we will see the majority of loans go through the entire process without any human involvement. It will be a much more mechanized process.

The minutes from the Fed confirmed the market’s view that the central bank will be out of the picture for a while. They removed the “act as appropriate” language in order to signal that stance. From the minutes:

In describing the monetary policy outlook, they also agreed to remove the “act as appropriate” language and emphasize that the Committee would continue to monitor the implications of incoming information for the economic outlook as it assessed the appropriate path of the target range for the federal funds rate. This change was seen as consistent with the view that the current stance of monetary policy was likely to remain appropriate as long as the economy performed broadly in line with the Committee’s expectations and that policy was not on a preset course and could change if developments emerged that led to a material reassessment of the economic outlook.

Translation: We aren’t moving in December. Note the Fed Funds futures agree with that assessment, although they are predicting more cuts in 2020. FWIW, the Fed generally tires to avoid modifying policy in the months leading up to an election for fear of appearing political. That said, the March futures are pricing in about a 25% chance of a cut. 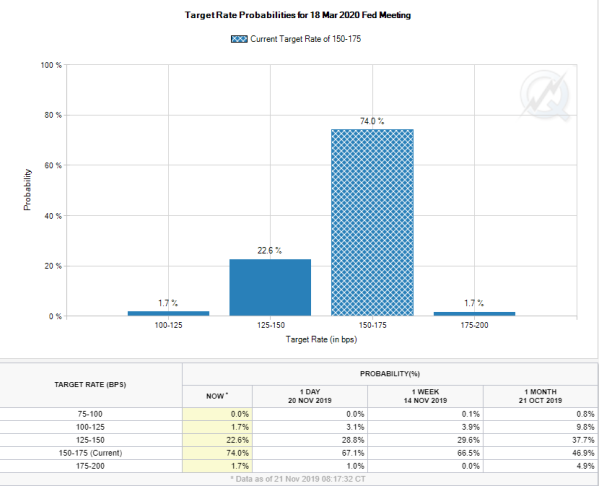 Is the REO-to-Rental trade finally done? Blackstone has finally exited its entire position in Invitation Homes, which it created in the aftermath of the financial crisis. Invitation was one of the first to buy up distressed properties and rehab them to rent. Turns out Blackstone tripled its money on the trade.